When I first got the DECstation 5000 Model 240 I noticed that it would power off after a period of operation. This suggested a problem with the H7878 power supply. I had already inspected it for any obviously leaky capacitors and they all looked OK, but a friend has told me that some of the capacitors in this power supply are suspect. So, before really getting into making this machine work again, I took the PSU out and decided to take a closer look at the capacitors. 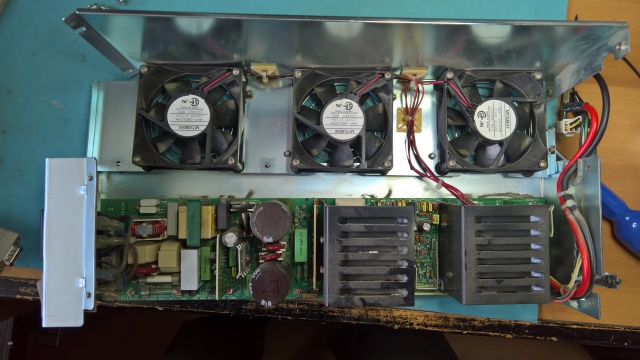 So that I would be able to reassemble it, I took a picture of the power entry connections:

So I did another visual inspection of the capacitors and put everything back together again. I powered on the machine very briefly and it started booting. Then I decided it would be better to put the cover on so there was better airflow, particularly if the PSU was shutting down because of any kind of overheating. After I put the cover back on the PSU would not work at all, no fan movement, no LED. So now the PSU has failed completely.

I took it apart again. This time to get the LED out I de-soldered the wires going into the board. To do so I had to partially remove a heatsink, even that though would not come out, despite unbolting the transistor heatsinks. 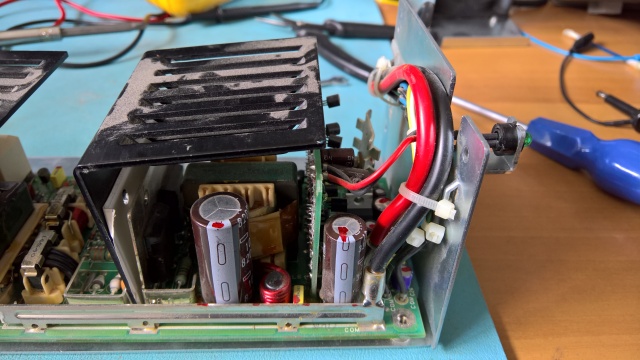 After removing the wires from the LED I was finally able to get the board out to inspect it:

I found two small capacitors that had a high ESR so I replaced them. The first was the one marked below: 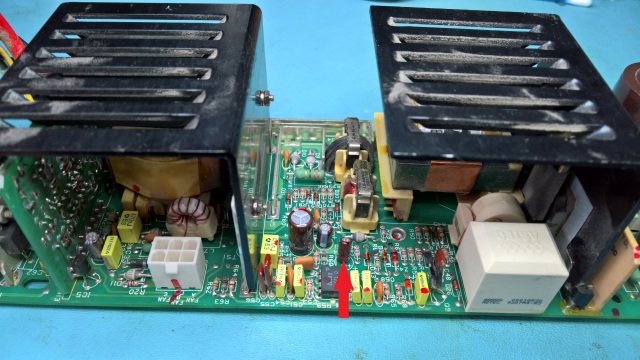 The second was in the position marked in the photo below, although I took the picture after replacing it. That one was very fiddly to replace because I could not easily access the back of the riser card without removing much more stuff, so I did it in-place. 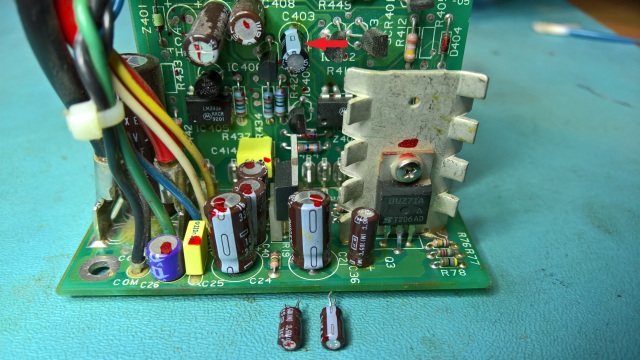 Sadly, despite replacing the two capacitors above, the PSU still does not work. So more investigation is now required. Probably a transistor has failed.

This entry was posted in Retro-Computing and tagged DECstation 5000. Bookmark the permalink.